Neuville-St Vaast is a village 6.5 kilometres north of Arras, a little east of the road from Béthune to Arras. La Targette British Cemetery lies to the south-west of the village on the north-west side of the road to the village of Maroeuil (D55). 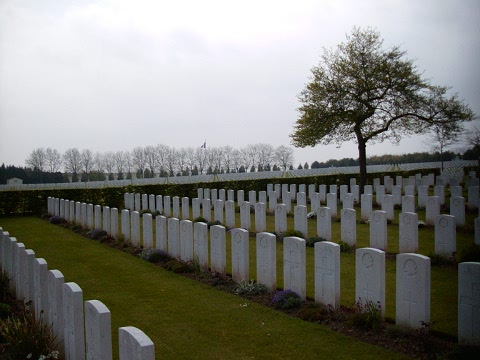 La Targette British Cemetery is in the Western angle of the cross roads at Aux-Rietz, and behind it is the large French National Cemetery of La Targette, formed largely by concentration from smaller burial grounds.

The British Cemetery formerly known as Aux-Rietz Military Cemetery, was begun at the end of April 1917, and used by Field Ambulances and fighting units until September 1918; and sixteen graves were brought in from the immediate neighbourhood after the Armistice. 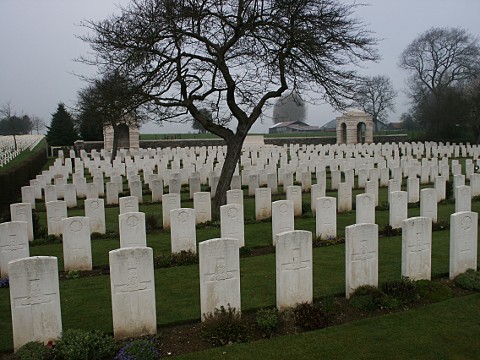 Nearly a third of the graves have an artillery connection.

In March-April 1917, the artillery of the 2nd Canadian and 5th Divisions, and certain heavy artillery units, had their headquarters in a deep cave at Aux-Rietz.

The 21st Canadian Infantry Battalion erected a wooden memorial in the cemetery to their dead of April 1917.

The cemetery covers an area of 2,852 square metres and is enclosed by a stone curb on two sides, and on the other two by a low rubble wall. 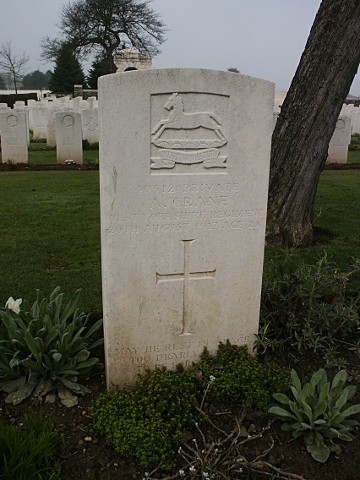