The four South African Regiments that made up their Brigade represented each of the four Provinces of the new born Union Of South Africa.

The fight for Delville Wood became as much a part of their nationhood as Vimy Ridge did for Canada, and it was only fitting that their memorial would lie here in the wood.

The walkway up to the memorial and museum is opposite the Delville Wood Cemetery. Of the 5,493 burials there, almost two thirds are unknown

Only 113 of the South Africans who died in the fighting here have identifiable graves and they lie in this cemetery.

538 of those killed in the wood were never found (The same fate befell many of the German fallen) and whilst the wood is (unusually) completely open to the public it should always be remembered that it is also a burial ground. 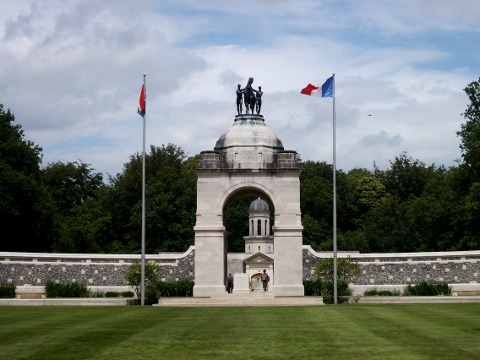 Funds were raised by public subscription and Sir Herbert Baker one of the leading architects of the then IWGC (Now CWGC) was asked to design the memorial. He is also responsible for Delville Wood Cemetery which he incorporated into his north-south design.

It was unveiled by General James Hertzog, Prime Minister of the Union of South Africa on 10th October 1926 in the presence of Field Marshal Haig and the widow of General Louis Botha.

The Arch is at the highest point in the wood and looks towards the cemetery. It is flanked by two walls each with a covered building in the style of a summer house built on Table Mountain in South Africa.

There are no names on the wall as these are recorded where necessary alongside the British on their memorials — in the case of the Somme that is Thiepval Memorial.

The Thiepval Memorial to the Missing

The dome is topped by a bronze sculpture by Alfred Turner representing the twins Castor and Pollux; the two speaking cultures of the Union — Afrikaans and English united in a common cause.

The Stone of Remembrance was added on 5th June 1952 to commemorate those South Africans who had died during the Second World War.

As you walk up towards the memorial you are flanked by oak trees grown from acorns brought from Cape Colony. It is hard to believe that when the memorial was originally unveiled the ground was an almost barren landscape. 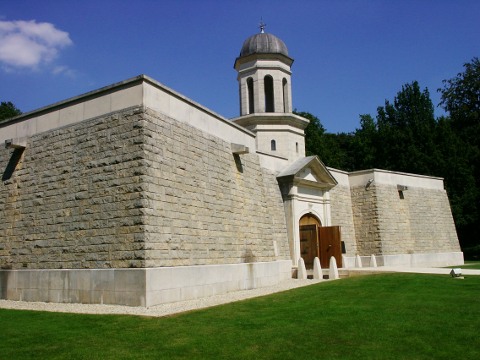 On 11th November 1986 the museum was opened and serves to remember the 25,000 South Africans who died during the two World Wars and Korea.

It is well worth planning your trip around its opening times. Admission is free – but donations towards the maintenance of the site are more than welcome.

The museum has been built around a Cross of Sacrifice similar to those found in CWGC Cemeteries. It is surmounted by a Voortrekker Cross. The layout of the museum is a replica of the Castle of Good Hope in Cape Town. 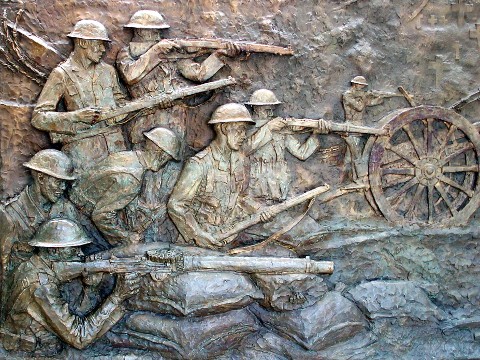 In March 1918 during the great German offensive the remains of the Brigade
entrenched in Marrières Wood (near Péronne). They were practically annihilated.

Inside are bronze reliefs showing the fighting in the wood and the display rooms describe the feats of arms of the South African Forces.

There is a good visitors’ centre nearby with plenty of parking space. 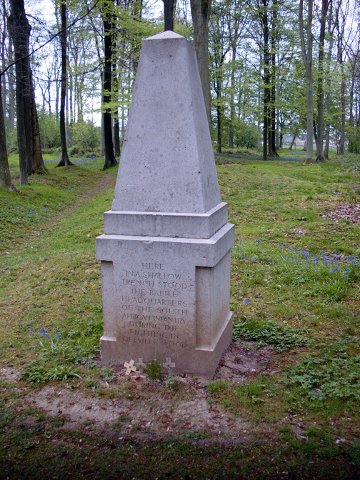 The wood has stone markers along the paths showing their war time names: Regent Street, Princes Street and the like. One tree — a hornbeam has its own marker declaring it as the only tree to survive the battle. 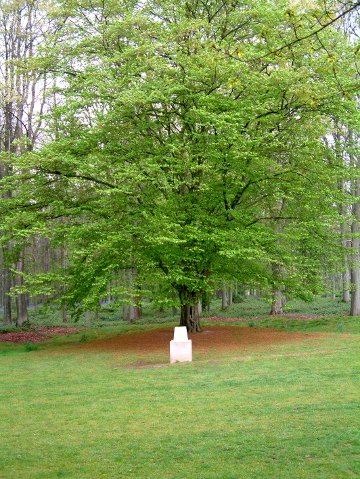 The last tree — a hornbeam

Despite being filled with shrapnel it is still alive and looked after by the Commonwealth Graves Commission.

In Buchanan Street to the west of the memorial you will find a further stone which marks the site of the South African’s HQ during the battle. Not far away is the perimeter of the wood and the place that the Brigade first entered the wood.

It would also have been near this place that the Highlanders made their spectacular charge. 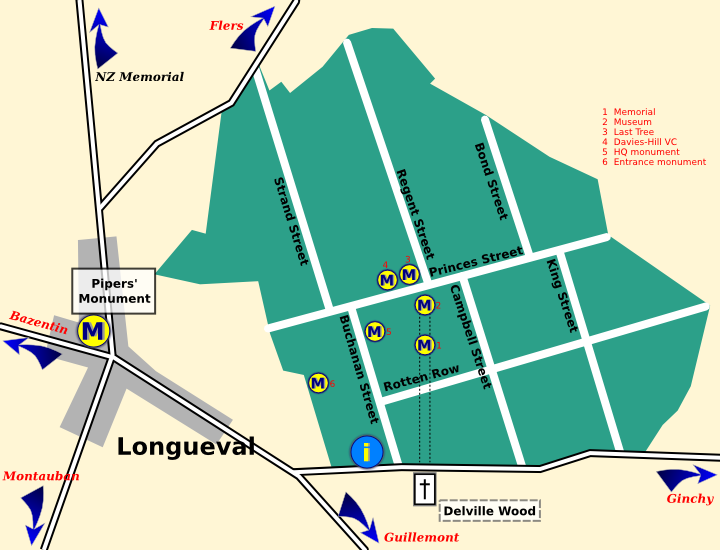 The wood today showing the main markers and the new walk from the entrance.