Pozières is a village some 6 kilometres north-east of Albert. The Memorial to the 2nd Australian Division, is on the far side of the village on the north side of the main road (D929) from Albert to Bapaume.

The radio mast makes the position an easily identifiable landmark

There is a parking area opposite the memorial alongside the radio mast and monument to the Tank Corps. 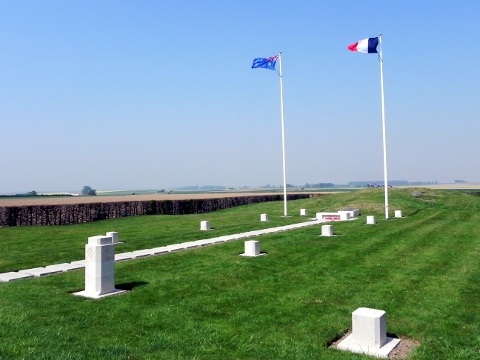 On the summit of the hill is the Pozières Mill memorial to the 2nd Australian Division. It marks the former site of the old windmill, all that remains of which, is the small hummock.

This position marks the highest point on the Somme Battlefield and its significance can easily be appreciated by the views across the landscape. From here the Germans could dominate the surrounding countryside.

The Australian 2nd Division was formed in July 1915 and sent to Egypt in May 1915. With the battles in Gallipoli failing to achieve success the units of the 2nd Division were slowly sucked in from August, despite their lack of training.

Following its evacuation in December 1915 it was brought to France in March 1916.

Thiepval (on the left) in the distance, as seen from the mill

Having relieved their 1st Division following the capture of the village the 2nd Australian Division made its first assault on the ridge on 29th July 1916 but were repulsed by the defenders. A second attempt had to be made because Pozières was the keystone to Thiepval.

The Division managed to dig itself in almost undetected by the Germans who nevertheless kept up a constant bombardment which buried and reburied the Australians as they brought their communications trenches ever closer to the front.

On 4th August at 2115 hours the Australians rushed the German lines (Known as OG 1 and OG 2 — Old German) after a very brief bombardment.

These two trenches played such an important part in the Australians’ experience that when they arrived at Bullecourt in April 1917 they would christen the German front and support lines OG 1 and OG 2.

By the early morning the mill was in the hands of the Australians. Beyond it stretched the green fields of an area untouched by the war.

In the fighting at Pozières, around the Windmill and later, along the ridge towards Mouquet Farm, the AIF suffered more than 23,000 casualties. The 2nd Division alone reported 6,846 men killed and injured for their ten days of fighting. 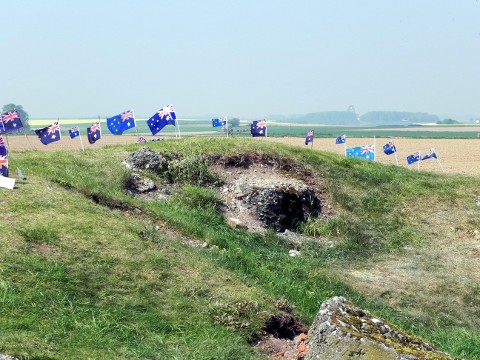 The site was acquired by the Australian War Memorial in 1932 on the recommendation of Charles Bean their official historian who recognised the high price his countrymen had paid to capture the position.

A simple pathway leads up to the mound that was the mill. It had been reduced to rubble long before the Australians finally took it. 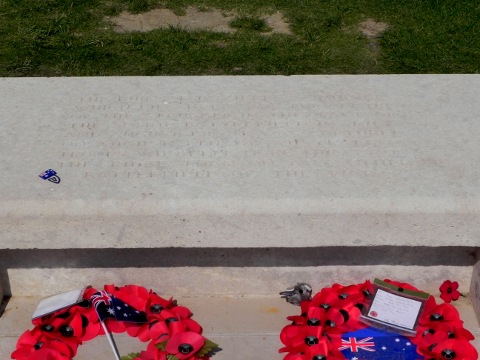 The ruin of Pozières windmill which lies here was the centre of the struggles in this part of the Somme battlefield in July and August 1916. It was captured on 4th August by Australian troops, who fell more thickly on this ridge than any other.

Such is the significance of this place to Australians that soil from the site was used in the burial of Australia’s Unknown Soldier in Canberra on 11th November 1993.

From the mound you can see the Thiepval Memorial in the distance on the ridge as well as Mouquet farm in the dip between Thiepval and the windmill site.