The Fort at La Malmaison

The Fort had been built in 1877 as part of the Séré de Rivières secondary defence line guarding the route towards Paris.

In 1886 the fort was armed with 37 guns and was equipped and staffed for a siege of up to six months. 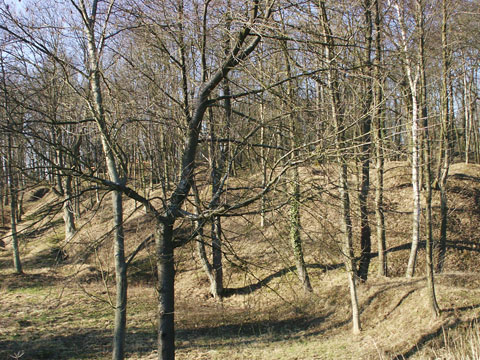 Her brick and earth work ramparts offered protection to the troops and they lived in reasonable comfort.

However, in 1884 a Frenchman : Eugène Turpin had discovered that if you put picric acid into one of the new styled shells it was much more powerful than ordinary gunpowder. To confuse the Germans he called his mixture melinite because of its colour.

Cannonballs had only become obsolete within the past 20 years, so the French Military wanted to test their invention. Fort Malmaison drew the lucky number and in 1886 was put to the test against the new shells.

The French were horrified with the power they had unleashed — the Fort’s state-of-the-art ramparts had been ripped to pieces by less than 200 test shells.

The only counter-measure was to apply a heavier layer of concrete — and that would cost a fortune.

Malmaison was not included on the upgrades and in 1912 the guns were removed and she was put up for sale. The French abandoned her in 1914 as the Germans advanced — the rapidity of the retreat prevented any real hope of using the fort as a blocking measure.

However, the Germans found that in the static war that followed, the defence works — meager as they were — were more than useful and soon became integrated into their defensive system. The fort not only controlled the way in — it also controlled the way out.

If you have the time, a visit to the Fort de Condé would give you a very good idea as to what Malmaison looked like and how it had been conceived. It is well worth the trip.

The Battle of Malmaison

When Général Philippe Pétain took command of the French troops on the Western Front, he inherited a demoralised army.

If Général Robert Nivelle had been guilty of just one thing it was almost certainly the raising of hopes both within and outside the army. The French had in fact taken thousands of prisoners and captured a great number of guns as well as a lot of ground — but Nivelle had promised so much more.

The failure of the Nivelle offensive was not the failure to advance, they had done. Its failure was in not ending the war and thereby breaking the will of so many soldiers.

Pétain focused on restoring his soldiers morale. They needed a small scale victory that would give them faith in themselves and more importantly — restore their faith in their commanders

The battle would be well organised with all the tanks, aircraft and shells needed. Casualties were to be kept to a minimum and this time the casualty services would be up to the task.

Général Maistre had taken over the Sixth Army from Général Mangin and it was his sector that was allotted the battle. With just three Corps d’Armée — the XI, XXI and XIV they would take the western end of the Chemin des Dames and with it the Fort at Malmaison.

The troops were taken to training areas where they practised their manoeuvres and studied the ground. Better co-ordination was worked out between tank crews and infantry.

On the 17th October 1917 the artillery bombardment opened up — 800 heavy calibre shells rained down on the fort reducing the superstructure to a crumpled mess. 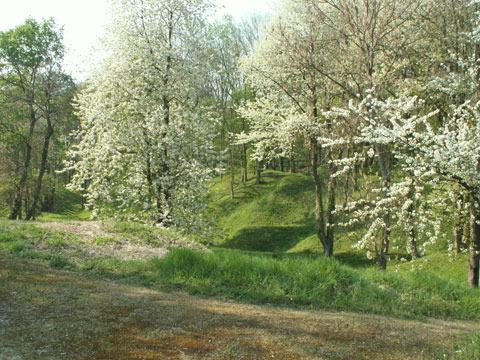 At 0515 hours on the 23rd, following a final crescendo from the artillery, the troops went over the top. They advanced as they had not done for months, things were going to plan. Objectives were being taken even if after a hard struggle.

The XI Corps who were charged with taking the Fort took the majority of the casualties but as you have seen from the monuments nearby their solders won through.

554 soldiers from the 4e Régiment de Zouaves charged the fort and by 0600 hours it was theirs.

As the French paused to prepare their second attack, the Germans thinking they had the French beaten, launched a counter-attack. They ran headlong into the second French barrage and were forced back.

On the 25th Pétain called a halt to his operation, he felt he had achieved all that he had set out to do. He had lost about 2,000 dead and 14,000 wounded over the three days — mostly from the XI Corps.

However, the Germans had lost their positions, 13,000 prisoners and at least twice the casualties as the French.

More importantly, the loss of this position acted as a lever against the remainder of the German line on the Chemin des Dames. Over the next week the Germans were forced to give up the ridge to the French.

A well prepared and limited attack had rendered untenable a position that Nivelle’s full frontal assault had only dented.

On 27th May 1918 during their Spring Offensive the Germans retook the fort (or at least what was left of it) and the remainder of the ridge within three hours. The whirlwind of the attack had been too much for the defenders to stand — as it had been for the British on the Somme in March.
At 1130 hours on 28th September 1918 the 25e Bataillon de Chasseurs Alpins retook the fort and the Germans were pushed out of the Aisne for good.

The 2nd Battle of the Marne

From Malmaison continue along the D18 towards Cerny en Laonnois.

The panorama at La Royère